Water is incredibly important. We drink water, our bodies are made up of it, and we even swim in it. Water is also responsible for around 16% of electricity around the world.

There are many dams all over the globe, but just some of these create hydroelectric energy that keeps our homes and workplaces running.

However, while hydroelectric power is a plentiful source of energy, it does come with its benefits and drawbacks.

For instance, hydroelectric energy doesn’t use any fossil fuels, so it creates a continuous supply of clean energy.

However, it isn’t as green as you might believe. Dams can affect oxygen levels within the water, making it difficult for fish to survive.

We’ll cover more about hydroelectric energy in this article. You’ll learn about its advantages and disadvantages, including what small hydro plants are.

What Is Hydroelectric Energy?

Hydroelectric energy, sometimes referred to as hydropower, is electricity created by moving water. This water may be from a river or a dammed reservoir.

In most cases, hydroelectricity is usually sourced from power plants located inside a dam. A notable example is the Great Hoover Dam, located on the border between Arizona and Nevada.

Every hydropower plant creates electricity through similar processes. Water is first funneled in through a canal. As it flows, the water spins a turbine, which then charges a generator.

The generator then creates electricity which powers the supply line.

In the modern world, hydroelectric energy is very important in many significant countries. This is because compared to fossil fuels, hydroelectric power has many benefits and is a lot more reliable.

Is Hydroelectricity A Renewable Energy Source?

Hydroelectricity isn’t finite, like fossil fuels, but it is a renewable source of energy. Hydroelectric plants work by using kinetic energy, in this case, the movement of water.

Water is a natural resource and isn’t combusted to create hydroelectricity, which is why we can call it a renewable energy source.

What Type Of Power Plant Is The Most Reliable?

In the case of power plants that use non-renewable energy, the most reliable example is the nuclear plant. However, we know that nuclear energy involves severe environmental and safety risks.

Other renewable energy power plants include solar installations and wind farms, but out of these, geothermal and hydroelectric power plants are the most reliable.

This is because the water reserves within a hydroelectric dam, or an entire river, will take months to deplete during low rainfall periods.

A short drought might occur, but this isn’t likely to disturb the power source.

Conversely, wind and sunlight can disappear can take a few minutes to change, thanks to the unpredictability of the weather

Pros And Cons Of Hydropower

Here we’ll cover the advantages and disadvantages of hydroelectric energy.

These are the main advantages of hydroelectric power, but there are other benefits, including an increase in tourism, flood management, and better irrigation.

Hydroelectric power does have its advantages, but like anything, it has drawbacks too. We’ll cover these in more detail below.

The most significant disadvantage of hydropower is that it can have a great initial effect on the environment. It can cause flood damage and affect fish migration routes within the water.

This can harm the surrounding ecosystem.

Flooding and displacement can also hurt the local community. Areas that depend on fishing may see the worst of this.

Communities that have lived in a location for many years may have to move.

They may be compensated for this, but the money won’t compare to losing their home. If anyone refuses to move, people may be forced out with violent threats.

Building hydro dams is an extraordinarily expensive job. This is usually due to the red tape, as there may be many official laws and proceedings that can delay the construction.

This often involves legal resistance from the affected communities outlined above.

The cost also includes the price of the raw materials and a highly-skilled workforce required to make the dam. The dam reservoirs might need to be dredged too, further adding to the cost.

It can take a lot of time for dams to pay for themselves. Some can be built in two to five years, while others can need years.

It Can Be Dangerous

Even though hydroelectric power doesn’t use combustible fuel, creating the dam can be a dangerous process. Construction accidents can lead to injury and in the worst case, death.

For instance, the Hoover Dam’s construction led to 112 deaths. However, dams created now require much more rigorous safety standards compared to the past.

Lastly, a disadvantage that isn’t often thought about is that areas, where hydropower plants are built, may be carbon sinks. Building a hydropower plant involves flooding a location first.

If this is a carbon sink, the location may be an ecosystem, forest, or swamp that holds lots of carbon. Once this is flooded, the carbon breaks down and is expelled into the atmosphere.

Small hydropower plants, also known as Micro Hydropower Plants, are multipurpose systems that can be used wherever there is dammed or running water.

These can even be built on private homes that have running water sources.

The majority of small hydroelectric plants produce anywhere from 10-100 Kw per hour at maximum power.

As they are so small, they can be used on smaller scale streams, rivers, and water supply areas, which removes the need for large dams.

Small hydropower plants have two main benefits. They are much more affordable to build and have less of an impact on the environment and local communities.

As smaller hydro plants cost less and affect the environment and community less, there is less resistance to building them.

However, these plants do have drawbacks. The first is that they can’t produce as much energy as a standard hydropower plant would. These are best used for people in smaller locations.

Small hydropower plants aren’t as reliable as traditional ones either. If they need to be built on a small stream or lake, any droughts will stop the electricity production process.

Micro hydropower plants are made up of comparable parts. These follow a similar plan that traditional hydroelectric plants do. As they are smaller, they won’t need a reservoir or a dam, but they will need the following elements:

The plant will also need wiring to supply the electricity and a mechanism that manages the generator. These parts will depend on the generator model and how big it is.

Hydroelectric plants may be environmentally better than fossil fuels, but they can still harm the environment.

A problem linked with hydroelectric power plants is that they take away oxygen from water. When deoxygenation of water occurs, the areas further down the stream won’t provide a healthy setting for wildlife.

This can negatively affect fish, as several types need oxygen-rich water to survive.

This is the main issue with hydroelectric power plants. They may use renewable energy, but they are far from a ‘green’ energy source, as they can have lasting effects on humans and animals.

Destroying carbon sinks also leads to a greater carbon footprint, which should also be considered.

Additionally, the area further down the river will end up much smaller than its initial size. Local populations may not be able to access irrigation water, even though they are far away from the hydropower plant.

The environmental effects of hydroelectric power will vary with each installation. Some rivers produce and preserve many types of habitats, other than themselves.

Swamps, mangroves, and floodplains are all active habitats that need fresh water to survive. If a dam is big enough, the habitats and the linked ecosystems downstream can start to deteriorate.

For instance, the Three Gorges Dam in China is the largest hydroelectric plant ever made. However, it was responsible for flooding and the movement of humans and animals as it was created.

To this day, the dam has removed all of the oxygen from the Yangtze river and prevents silt from moving downstream.

The silt was important as it strengthened the riverbanks, but now, they are more likely to experience erosion and floods.

For comparison purposes, the burning coal emissions required to match the same power output as the dam would be colossal.

The Three Gorges Dam has a 22,500M MW power output. Over 12,000 tons of coal would need to burn to create the same amount of energy per hour.

Hydroelectric energy comes with its advantages and disadvantages, but for now, it’s a great move towards creating sustainable energy.

Learning more about how hydroelectric power plants affect the environment and other communities is important so we can make better decisions in the future.

Hydropower generators will not directly produce air pollutants, but using hydroelectric generators, along with reservoirs and dams, can harm the environment. Dams that redirect water to hydropower plants can affect fish migration. This can have lasting effects on wildlife.

Hydroelectric power plants create lots of power and can produce lots of noise. Some plants were built around 50 years ago, but the noise wasn’t considered in their design.

This is why many power plants have solid concrete walls which amplify sounds. The energy reverbs off of the walls to increase sounds above the source.

Why Is Hydropower Not Clean Energy?

Hydropower reservoirs and dams can produce methane. This greenhouse gas is 20 times more strong than carbon dioxide. Methane is created as organic matter within the water breaks down.

This occurs when the floodplains and rivers are flooded to create the reservoir. Methane is released from the surface and is expelled through the turbines under the dam.

How Does Hydropower Work?

Hydroelectric power plants are built near or on a water source. Power is produced from the movement of water. Flowing water rotates a turbine which spins a shaft linked to an electric generator.

This generator transforms this energy into electrical energy.

The amount of electricity a plant produces depends on two things. The first is how far the water falls. If the water travels a greater distance, it will produce more power.

The second is how much water falls. More water falling through the motor will create more power. 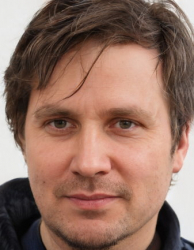 Joe Danner
Hi, my name is Joe Danner and I am a keen believer in using renewable energy before it becomes a must. Currently, the majority of the world is still using fossil fuels while solar panels and wind turbines are a minority.

However, what people are seeming to skip over is the fact that solar panels are becoming cheaper every year. But what is going to happen when everyone needs a solar panel to power their homes? The prices are going to soar again.

I started my renewable energy journey 11 summers ago, and the savings that I have made have been unbelievable. My solar panels are set to pay for themselves in just a few months!

I will recommend renewable energy to anyone, as there are so many new products coming out to be used with it. That is why I have created this website, to reach a larger audience and try to convince you that solar panels are the way forward!

Get onboard before the price of these amazing products skyrockets again. Trust me - you won’t regret it.